How Often Are Bicycles Stolen?

The government has pledged to bring in a ‘golden age’ for cycling, making legislation in the Highway Code to make roads safer for cycling and giving millions to councils to put in protected spaces for cyclists, but one of the biggest problems preventing cyclists from using their bikes more often is the issue of bike theft.

With nearly 78,000 bicycle thefts in the last year, working out at over 200 per day and an average of eight per hour, it’s clear that bike theft is a growing concern. Only a tiny percentage of the bikes that the police actually manage to recover are returned to their owners, as many don’t even bother reporting the loss to the police, or their bicycle just isn’t registered. To be fair, with the police force across the country overstretched there is a limited amount that they can do, so at the end of the day protecting your bicycle comes down to you!

There are areas of the country where bike theft is more prevalent, like the central areas of London and also some of the bigger university cities such as Cambridge and Oxford, but nowhere is truly safe and with the rising cost in living, there will, sadly, be those who turn to crime to try to supplement their income. Some road bikes are worth lifting – fetching anything up to half their value in resale so if you paid a grand for your Carrera or Boardman that’s a tasty £500 in their pockets and puts up your insurance policy when you end up having to claim.

In an interview, a former thief said that CCTV wasn’t a put-off as they wore helmets and the busier the area the less time and effort people would take to properly secure their bikes, giving rich pickings to bike thieves. Bikes are also sold extremely quickly on sites like Gumtree, making tracking them so much more difficult.

However, it’s not all doom and gloom – there are some things you can do to prevent your bike getting lifted. The most important thing to remember is that if your bike does get stolen, act fast in reporting it to the police and checking some of the websites recommended by the police on their website. 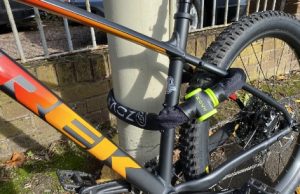 Tips to prevent getting your bike stolen

Double locking is the most secure way to protect your bike, securing it to something immovable like a bike rack, lamppost or ground anchor at the front and back of the bike. Use strong locks that are difficult to cut, passing them through the wheels and around the frame. The interview with the former thief explained that chains and some D-locks are relatively easy to clip with bolt cutters, but D-locks that are snug to the wheels and frame are harder to get the right angle on with the cutters. Different types of lock used front and back can also present enough of a challenge to put off a would-be thief as they will need different tools to break through. Image4security has the answer in various bike chains made with carbide reinforced steel which is extremely strong – resisting even grinder attacks. Available are also padlocks, D-Locks and chains with tamper alarms, which when messed with will emit a 120dB piercing shriek audible for half a kilometer – an extremely effective deterrent.

Taking as many of the removable parts away with you will make the bike look less appealing to a thief. Lights, helmet, baskets and bags, saddle and even wheels can be removed meaning you only need to secure the frame.

Although it seems as if thieves aren’t always bothered by CCTV, if they’re wearing helmets or hoodies, a camera that is watching will help capture footage that can help to track down the thief so still worth parking underneath (or installing) cameras. Best to park your bike in a public and busy space, but well secured to something permanent – as a thief won’t want to have people watching them cut your bike chain. A well-lit parking space which is watched by a guard is also more secure as there is less chance that a thief will try their chances. However, a quiet and unattended space is asking for trouble as there’s no one to watch – giving them plenty of time to get through your chain or D-Lock.

4. Register and mark it

Registering your bike is easy. Take photos of the bike’s serial number, which is usually printed onto the frame on the underside between the pedals or where the back wheel fits into the frame, and any modifications or distinguishing scratches. You can then register your bike with the Bike Register or immobilise.com database for free – a resource the police can use for tracking and identifying lost and stolen bikes. Don’t be one of the 45%+ whose bike the police recover and can’t return because they don’t know whose it is!

You can add extra peace of mind by adding security marking. A GPS tracking device alerts you to the exact location of your bike through the app on your phone. There are many different types of tracking devices that can be installed on a bike in an unobtrusive way, which means the bike is trackable if stolen. A track and mark kit is another inexpensive way to identify your bicycle. You can have stickers or colourless UV tags added, which are unique and identifiable when the police recover your stolen bike. Tracking devices are actually a deterrent to thieves as they do create the risk of discovery if acted on quickly enough.

With over half of all reported bike thefts taking place from the home, it’s vital to not become lax on security here. Don’t imagine that because you’ve put your bike in your garden shed or garage that it is suddenly untouchable and won’t be a target for thieves. A dark and quiet garage or back garden is a perfect situation for a bike thief. Installing a motion sensor light and a CCTV camera linked to your phone are all great deterrents to putting off a speculative thief.

At Image4Security we have a range of top of the market solutions to keeping your garage or shed secure. With ground anchor options and our excellent guardsman range you can add another layer of protection that will deter a thief keeping your road bike or commute safe behind a solid, extending barrier which you can lock your bike to. Our range of security and alarmed locks will also ensure an ear-splitting noise that can be heard from a distance away – which is going to scare off any opportunist who gets into the shed or garage, at least giving time to alert anyone in the area in time to call the cops.

To find out more about how you can create the best levels of protection for your bike, check out our range of bike security gear on our website or get in touch today and chat to one of our team for the best advice on making sure you don’t end up as a bike theft statistic in 2023. 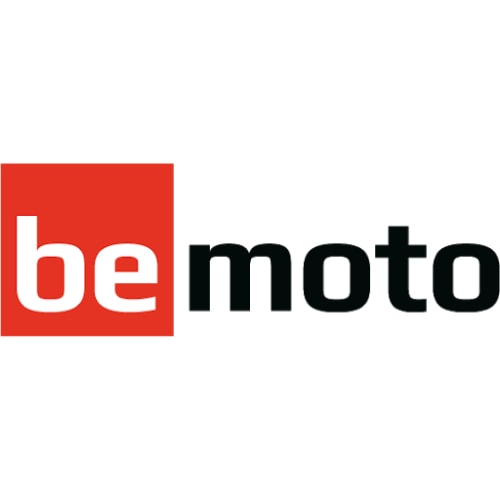 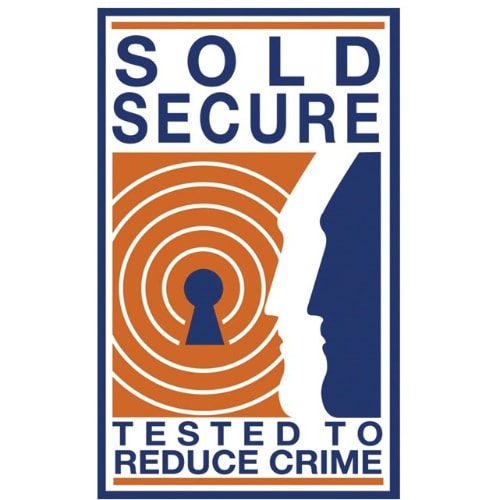 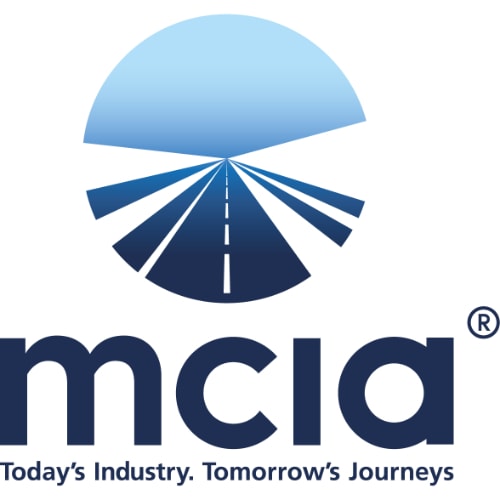